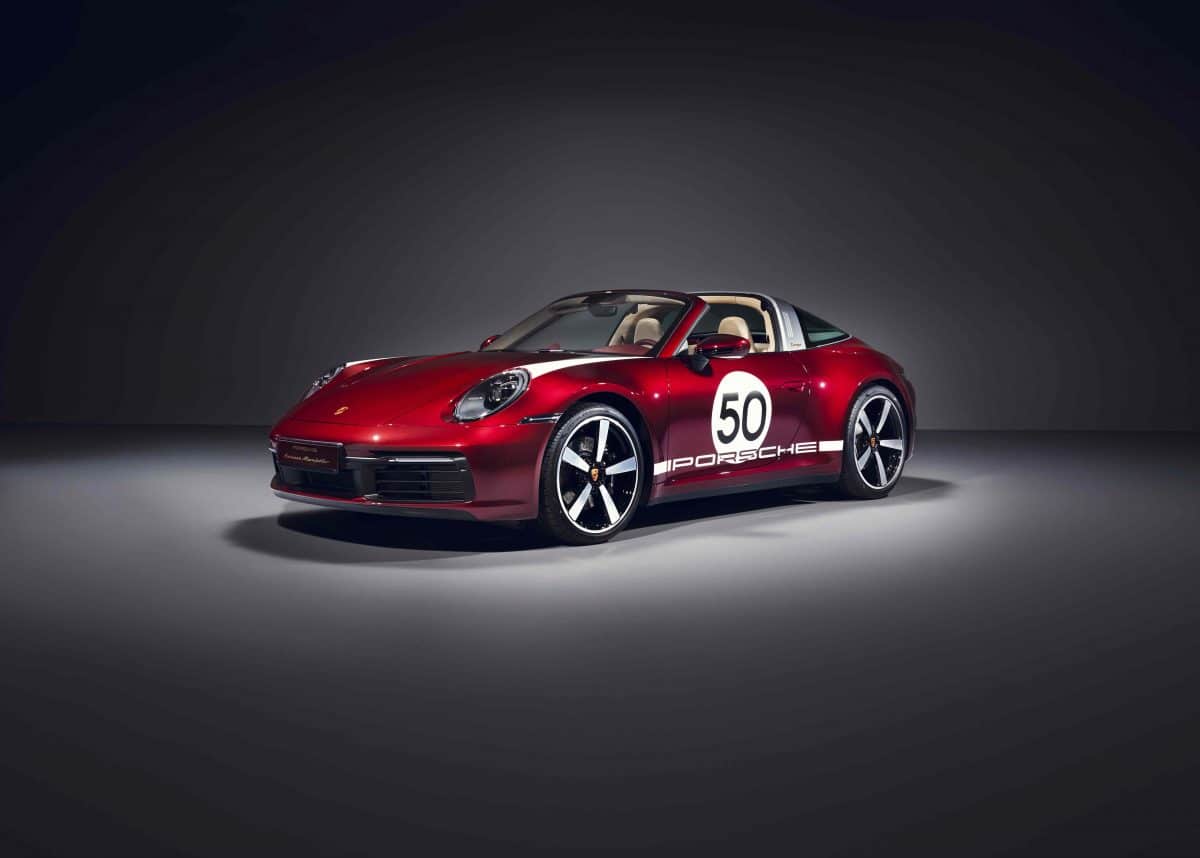 This is the new Porsche 911 Targa 4S Heritage Design Edition, a stunning tribute to Porsche’s distinguished history. It’s been created as an ode to past Porsche’s from the 1950s through to the 1980s, a celebration of style and heritage displayed in the Stuttgart company’s most contemporary and modern design yet — the 992-generation 911 Targa 4S, itself launched just a few days ago.

If there is a brand that does “heritage” well, it’s Porsche. Every model is at some point celebrated through a special edition of some sort including the performance and passion-inspired GT-range of cars. But this Heritage Design Edition forms part of a more exclusive strategy from Porsche.

“It’s important for us to emphasise the lifestyle nature of the brand more strongly in future. With their positioning and timeless coolness, Heritage Design models represent an intentional supplement to contemporary and future hybrid and electric vehicles, where the emphasis is more on technical innovations,” says Boris Apenbrink, Head of Special Vehicles at Porsche Exclusive Manufaktur.

These cars, and there are more to follow, will become limited editions of modern cars with a host of heritage-inspired aesthetics all put together by Porsche Exclusiv Manufaktur, the firms personalisation division.

Porsche set benchmarks in terms of design and styling from the outset — vehicles from different eras are style icons nowadays.

“We’re bringing back these iconic looks and thus proving that Porsche is staying true to its roots, even in the age of electrification,” adds Ivo van Hulten, Head of Interior Design Style at Porsche.

So What is so Exclusive?Exterior

Yes it is a 911 Targa 4S, with both the interior and exterior adorned and infused with heritage-inspired creations. There are five colours in which the Heritage Edition can be ordered including this distinct Cherry Metallic shown here. Gold logos adorn the entire exterior including the numbered badging on the side sill as you open the doors, should you choose this option. Motorsport graphics run across the side of the vehicle and these can be numbered in any number of your choosing from 0 – 99. Spear-shaped graphics also run up the front wings reminiscent of historical race cars, a livery that initially was there to hide the scuffs from racing incidents that would later become the most prized details on special Porsche vehicles, often requested by customers.

The Porsche crest atop the bonnet, the wheel centres as well as the interior headrests is not the modern badge from current modern Porsches. These are the historical Porsche crest that was placed on the original 911 from 1964-1973. Another badge of significance is the Porsche Heritage Badge that sits on the rear engine cover slats. Its significance harks back to the 50’s where Porsche presented a 100 000km Heritage Badge to all of their customers whose cars crossed this milestone.

Additional exterior elements are the 20 and 21-inch Carrera Exclusive Design wheels. If you’ve seen something similar on a Porsche, it would be the 911 Speedster that really marked a preview into this strategy being put into motion.

Step inside the 911 Targa 4S Heritage Design Edition and you’ll be greeted by a predominant mix of contrasting, two-tone red and beige material. The two-tone leather matches Bordeaux Red OLEA club leather and Atacama Beige or Black OLEA club leather. OLEA Club leather is the most expensive and supple leather material one can order from Porsche, made with a tanning process that makes use of olive oil from the famous OLEA club olive farming area.

The use of red both inside and out of the car draws from an era where this colour was very popular in this time (50’s) and Porsche adopted the use of this colour in a number of areas including the colour of the lettering in workshops and the colour of the driver’s manuals. The corduroy pattern is used across the door inner panels and seat centres, a statement that was first seen on the Porsche 356.

Porsche has also introduced a specially designed instrument cluster with a green-illuminated rev counter and stopwatch, key visual markers in the cabin that a driver or passenger will find hard not to notice. Only 992 units of these cars will be built, each uniquely numbered and that detail is fitted to the interior on a gold-plated metal badge that sits on the dashboard.

The Go to Match the Show

To go with this exclusive car, the team at the Porsche Design studio have crafted a timepiece to match. Named the 911 Targa 4S Heritage Design Edition Chronograph, the watch takes some styling cues from history and from the Targa model through the ages. Like the car’s rev counter, there are green and white details as well as lettering that is atypical Porsche.

If you are a freelancer looking to contribute to The South African, read more here.

Help support journalists, the guardians of independent journalism, through our student media initiative that gives a voice to students and their generation! Find out more…Tags: Porsche