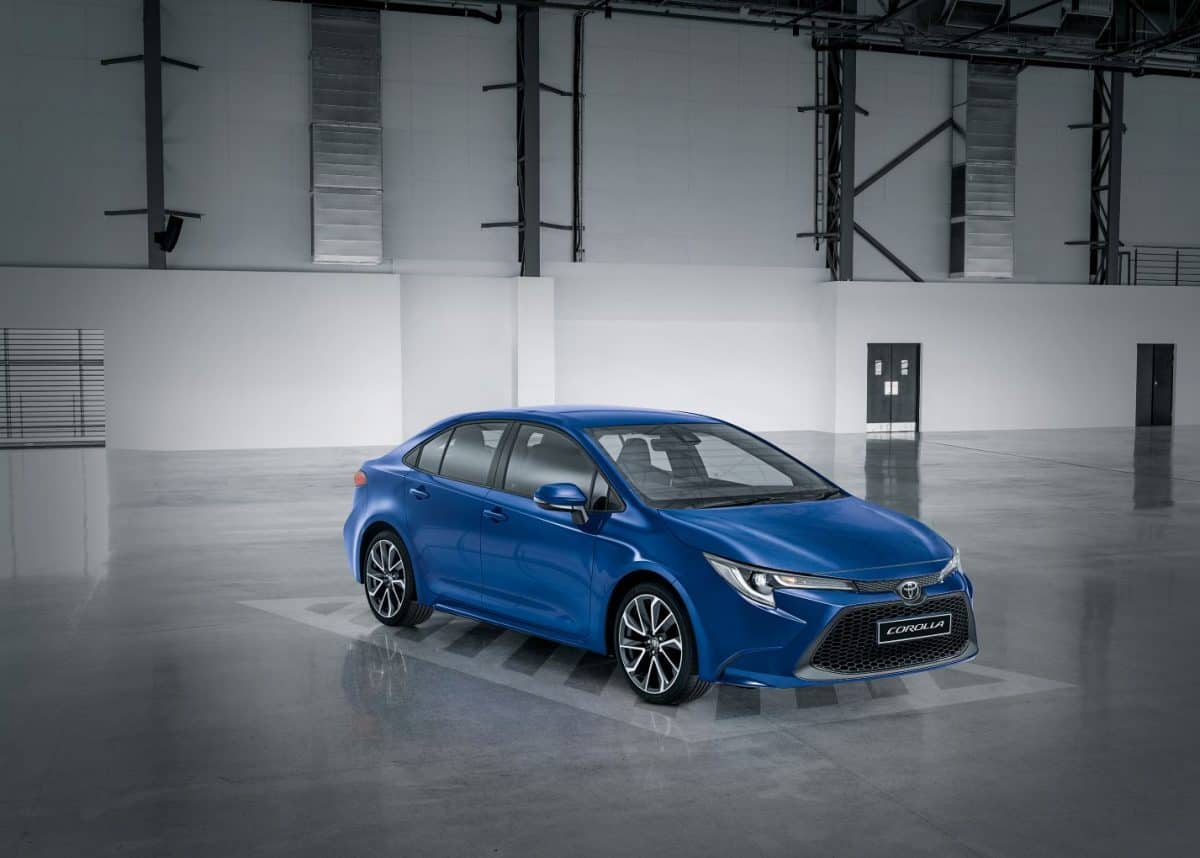 Toyota South Africa this week confirmed the debut of the all-new 12th-generation Toyota Corolla. The new Corolla is a notch up from its predecessor now billed as the Corolla Quest, bringing with it a raft of modernised design improvements, increased safety and more power.

At debut, the Corolla is only available in three model specifications.

All of these are naturally aspirated motors mated to improved suspensions that are reported to offer sharper handling and a more comfy drive.

The 1.8 XS CVT is generously appointed with a number of tech and safety highlights. It is equipped with no less than 7 airbags and Toyota’s Vehicle Stability Control as standard.

This is of course, in addition to ABS and EBD. Hill Assist, as well as reverse camera, is also standard. There’s a new Infotainment interface with mirrored connectivity for Apple and Android devices, as well as keyless start and cruise control.

Shift gears into the XR and it cuts a more sophisticated aesthetic. New diamond-cut alloys and Bi-LED headlamps set it apart from the XS in the looks department.

Focus on performance and sophistication

Toyota has positioned the new Corolla with a focus on performance and sophistication, and as such the drivetrains have been made more powerful while still attempting to be reasonably efficient.

The mid-level XS delivers 104 kW of power at 6 100rpm and 171Nm of torque at 3 900rpm. You can only have the XS with a CVT transmission and both these cars send power to the front wheels.

The Corolla has historically been Toyota’s most successful product but with the popularity of anything resembling an SUV escalating, Toyota has had to find ways to keep the Corolla name plate just as popular.

At the moment, that name plate is carried in the more affordable Corolla Quest, the newer Corolla Hatch and now this new Corolla and I’d guess that popularity would continue…for now.

The Toyota Corolla Sedan is sold in South Africa with a six-service/ 90 000km service plan and three-year/100 000km warranty.

Help support journalists, the guardians of independent journalism, through our student media initiative that gives a voice to students and their generation! Find out more…Tags: South AfricaToyota CorollaToyota Corolla Quest.