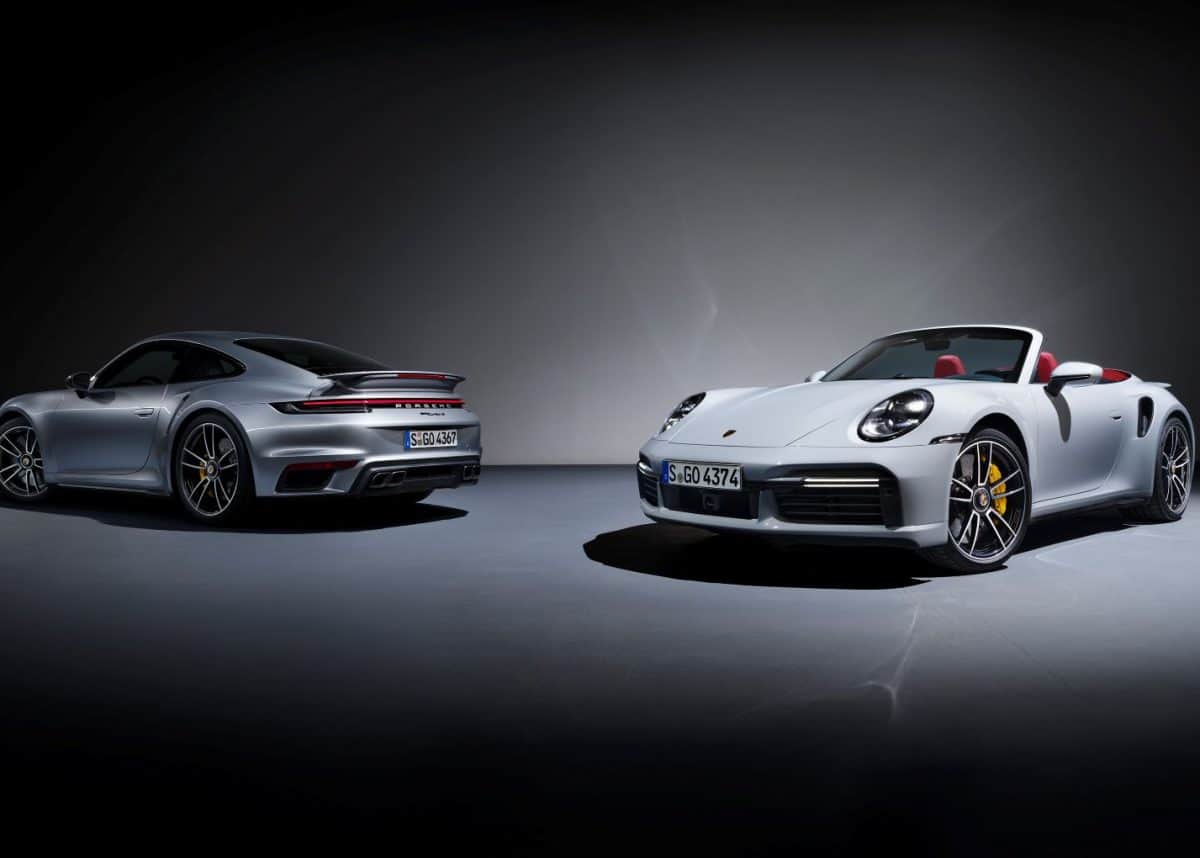 Presented by none other than Porsche ambassador and former Formula 1 driver Mark Webber, the Porsche 911 Turbo S Coupé and Turbo S Cabriolet was revealed to the world on 2 March 2020.

A few internet leaks of the car a few weeks ago weren’t enough to reveal the most important question of all. How fast is it? The top speed hasn’t changed and remains a masterful 330km/h…But just how it gets to 330km/h is the big change.

The explosive 0-100km/h sprint now takes just 2.7 seconds. Count that out in your head right now…You’re done? Okay, so now imagine this next number: 0-200km/h is now possible in under 8.9 seconds. I’ve experienced a full-blast standing start in a previous generation Porsche 991.2 Turbo S and I can attest to that being brutally and mesmerisingly fast.

The magic under the hood

The previous Turbo S has been hailed through every manner of idiom, metaphor and hyperbole and nothing is set to change now, apart from finding even more colourful ways to describe its might. But what is the magic under the hood?

You’ll find that at the rear of the 911, as is the tradition with this worldwide sports car phenomenon. Porsche has created a new 3.8-litre engine with larger, symmetrically aligned turbochargers and added engine technology that enhances the overall performance and efficiency of the motor.

Coupled to an eight-speed PDK (dual-clutch) transmission, this new motor rewrites what was already a powerful yet usable drivetrain combination. It’s good for 447kW of power and a monstrous 800Nm of torque.

The new 911 is also wider than before — now 1.9m overall. Increased track width and a set of mixed-size tyres (20-inch at the front and 21-inch at the rear) hark to its racing DNA. Increased aerodynamic efficiency is now achieved through adaptive flaps at the front, an extending front spoiler and a larger rear wing that all contribute an additional 15% more downforce than before.

Expect the Turbo S to handle corners with unflappable competence thanks to a new traction management programme that works with the all-wheel drive system to optimally transfer power to the wheels with the most grip. Porsche quotes that up to 500Nm can be transferred to the front wheels if necessary.

Porsche Active Suspension Management (PASM) is also standard on the Turbo S — yet another of the German manufacturer’s tricks to counter body roll and heighten the car’s dynamic ability and balance.

As always, the Porsche 911 range is ordered as you would want it, with a number of options and specifications on offer, but the Turbo S already comes with a host of comfort, tech and sporty features.

The interior is a mix of leather and carbon fibre trim ergonomically focused on a minimalist, digital driver interface with the traditional analog-digital layout in front of the driver. The 18-way seats and a Bose sound system are also thrown into the mix on these flagship sports cars.

South Africa may be in another recession, but with the first cars set to arrive in our country around the end of May 2020, there are still some of us with over R3.5 million to spare who will own one of the most respected and sought-after sports cars ever made. If you can, then by all means do…

Help support journalists, the guardians of independent journalism, through our student media initiative that gives a voice to students and their generation! Find out more…Tags: PorschePorsche 911South Africa