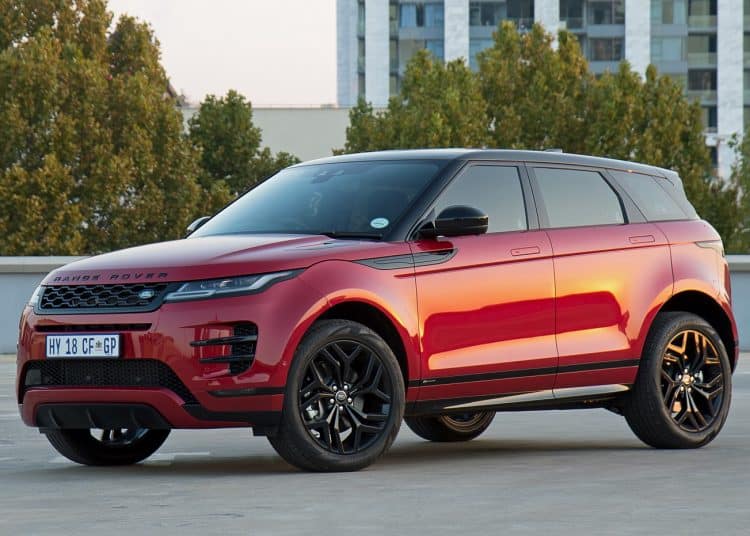 Known to followers of the brand as the baby Range Rover, Evoque has always appealed to those who value the traditional exterior and interior design merits of Land Rovers – but require something slightly smaller and easier to park than a Vogue.

The new Evoque shadows some of the styling elements Land Rover introduced on its Velar and remains the same overall size as the first-generation car, which makes it much easier to live with as a daily driver than traditional Range Rovers.

Land Rover’s engineers have managed to find better space utilisation in the interior, which offers improved legroom – thanks to new Evoque’s 20mm longer wheelbase. In the rear, luggage capacity has swelled by to 591-litres (a gain of 10%). All new Evoques also feature Land Rover’s latest 9.5-inch touchscreen infotainment system and device connectivity.

An example of Land Rover’s new sustainable vehicle philosophy are Evoque’s seats, which feature a new leather substitute material. Developed by Danish textile company, Kvadrat, this material combines wool and recycled plastic bottles and is close to suede in its touch and texture.

Mechanically Land Rover’s new baby Rangey is powered by two engines options, both 2-litres in capacity and turbocharged. The diesel Evoque powers up to 132kW and 430Nm, whilst the petrol option is good for 183kW and 365Nm. Both engines drive through a nine-speed automatic gearbox.

Although Evoque’s destiny is as an urban status SUV, Land Rover has ensured that is does retain a credible level of off-road ability. Ground clearance is 216mm and although there is no low-range ratio option for scaling extreme inclines, Evoque’s all-wheel drive system does feature four selectable throttle and traction control algorithms, depending on terrain you are planning to roll over.

Following Land Rover’s imperial naming convention, the different Evoque derivatives are denoted by their power output in horsepower: either D180 (for diesels) or P250 for petrol engined vehicles. The range starts at R734 300 for the most basic D180 and peaks at R987 900 for the P250 First Edition model.