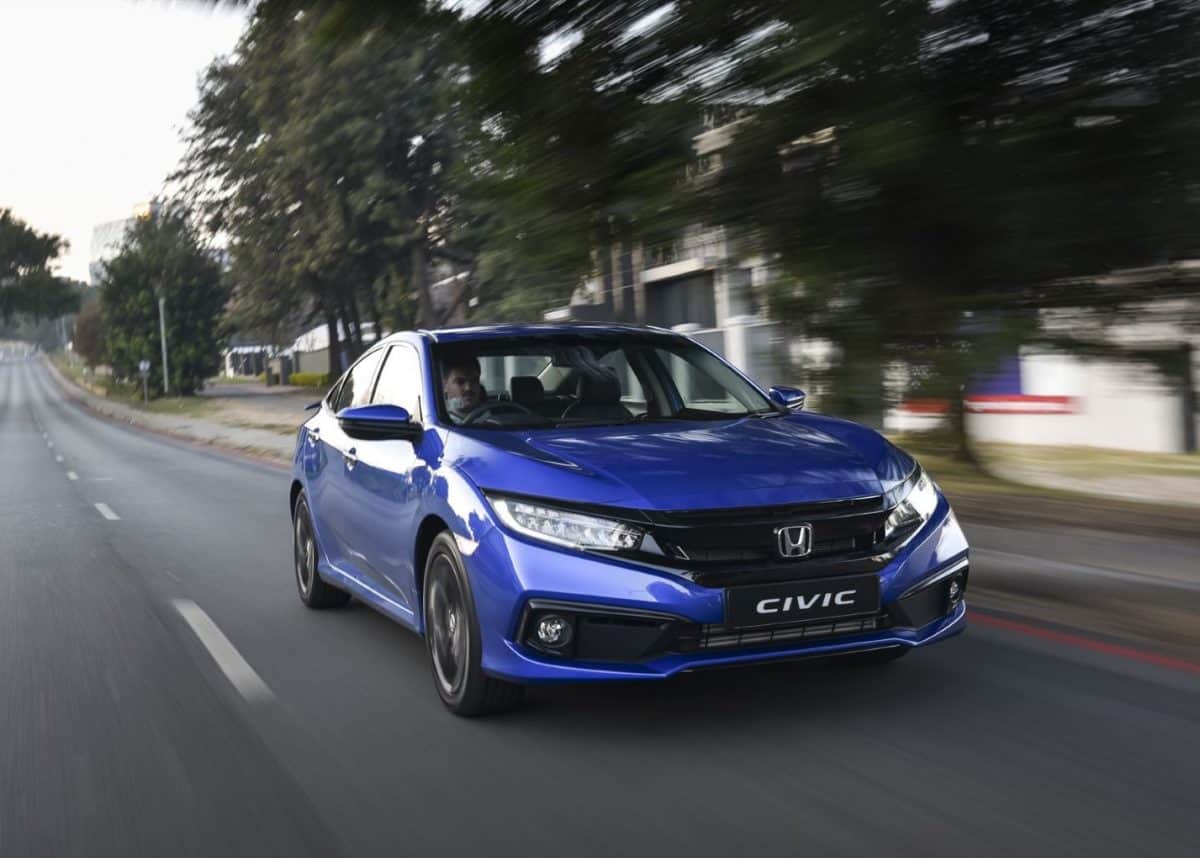 This road test was conducted pre-lockdown.

I’ve always applauded Honda as a company that has held true to its core competence of building quality, small-engine capacity products that are reliable, trustworthy and well supported in terms of after sales service. I’ve owned Hondas and experienced first-hand the solid build quality and bulletproof reputation.

The Honda Civic Sedan was a pleasant yet expectedly good car ticking all of the above boxes. Sold now in three derivatives, I spent a week in a sleek and eye-catching Honda Civic Sedan 1.5T Sport priced at R487 900. In its current form, the Honda Civic is by no means new, but it received a midlife face lift late last year and is now presented in package with revised design and added tech.

You’ll notice a revised grille and headlight clusters with LED and daytime running lights as standard. Honda has also added a new Platinum Pearl White to the colour palette, as a replacement of its previous Orchid White Pearl.

The other fresh exterior addition is the fitment of 17-inch charcoal-coloured alloys to the Sport model. It’s not too much but they freshen up the well-aging design, a mix of athletic and modern cues that ensure the Civic remains an eye-catching sight on South Africa’s roads.

Bold approach to comfort and tech

The Honda approach to interior design is just as bold as its exterior and the interior of the Civic Sedan Sport boasts a largely digital interface.

The graphics stand out strongly against the otherwise dark background. The instrument cluster is all digital, still common to Honda’s of old in terms of layout, but now entirely digitised. There is a 7-inch Infotainment screen that houses the connectivity, application and connectivity functions including the Android Auto and Apple CarPlay syncing technology.

What Honda has added to the infotainment are physical buttons on the right hand side of the touchscreen for Home, Telephone, Audio and Back functions, as well as a conventional Volume/Power knob.

This is a very good thing as physical buttons go a long way to faster and easier navigation of systems in the context of a moving vehicle and I immediately felt more comfortable using the buttons when I could — as did my passengers.

Accessing the touchscreen is still a necessary task but again, while this is a small rework, it goes a long way in ensuring practical motoring.

Climate Control also remains operable by buttons and dials with the information being displayed on the screen above.

The remainder of the cabin is typically Honda quality.

The seats are comfortably designed and appointed in black faux-leather. Legroom is fantastic for a sedan in this segment. Legroom in particular was surprisingly good and when you observe the depth of the boot, you have to applaud Honda’s packaging with this car.

To give you some perspective, the boot space is larger than that of say, a Subaru Impreza Sedan (by 28 litres) or the Hyundai Elantra (by 68 litres).

The Civic Sedan evaluation involved a lot of inner-city driving followed by traffic-laden highways every other day. Johannesburg city is littered with hundreds of manhole covers and uneven surfaces where the tarmac suddenly drops off and then rises again suddenly. There are trolleys full of recycled material that form part of the traffic and more. It’s a litany of things that can make city driving quite uncomfortable and stressful.

In the Honda Civic Sedan, however, I felt entirely at ease with a calm and confident drive. Even in this Sport version, the 17-inch wheels strike a good balance of comfort supported by a chassis that feels light and nimble.

The electro-mechanical steering is also light – it makes for ease of driving in parking and city-like environments, but is perhaps a touch too light lacking feedback for the open road.

The engines in the Civic remain unchanged with the Sport powered by a 1.5-litre VTEC Turbo with 127kW of power with 220Nm of torque.

The delivery feels swift and sporty with acceleration figures respectably brisk for a car at this level: 0-100km/h comes in at 8.2-seconds and claimed max speed is 200km/h.

The CVT transmission operates in a similar fashion to most modern CVT’s and is pleasantly silent for most occasions, especially cruising along on the national highway at highway speeds where it settles into a quiet waft. It’s here you can sense the lack of noise further enhanced on this revised Civic. It makes for a pleasant drive indeed.

The ride becomes less refined when you require a dose of right-foot application – it accelerates briskly enough, but its accompanied by a louder sound that stands out from the overall experience of the car.

This is about the only criticism I have for this car. It’s a standout product from Honda with good build quality, practical packaging, good performance and efficiency with claimed fuel consumption of 5.9 litre/100km on the combined cycle and backed by a reputable and strong brand.

The issue with the Civic is that not many people are buying it. As a product it has many things in its corner as I’ve just mentioned. It’s a great car. Honda sells it with all manner of standard features — all of which I’ve mentioned above, plus keyless entry, walk-away auto locking and a comprehensive service plan.

But stacked in another corner playing against the Civic are things that are out of its control. It’s a sedan for one and South Africans, like most other global markets, is choosing the SUV over sedans at an alarming rate. It’s also a sedan that plays in perhaps the least regarded space there is within that segment. It’s a segment that is not cheap enough, for example the Toyota Corolla Quest or VW Polo Sedan.

It’s a segment that is not expensive enough to call itself “Premium” like the BMW 3-Series or C-Class.

It plays in a space where at that price level (R487 900), consumers are likely to choose an SUV alternative of which there are many very good options or a product with a badge that has more appeal.

It’s sadly why the Honda sells about 10 Civics every month (pre-lockdown) and it’s why, in my opinion, these numbers are unlikely to improve.

Should you be considering a sedan for yourself and your family, the Civic Sedan is certainly worth a drive and an offer to purchase.

Help support journalists, the guardians of independent journalism, through our student media initiative that gives a voice to students and their generation! Find out more…Tags: Hondaroad testsedan