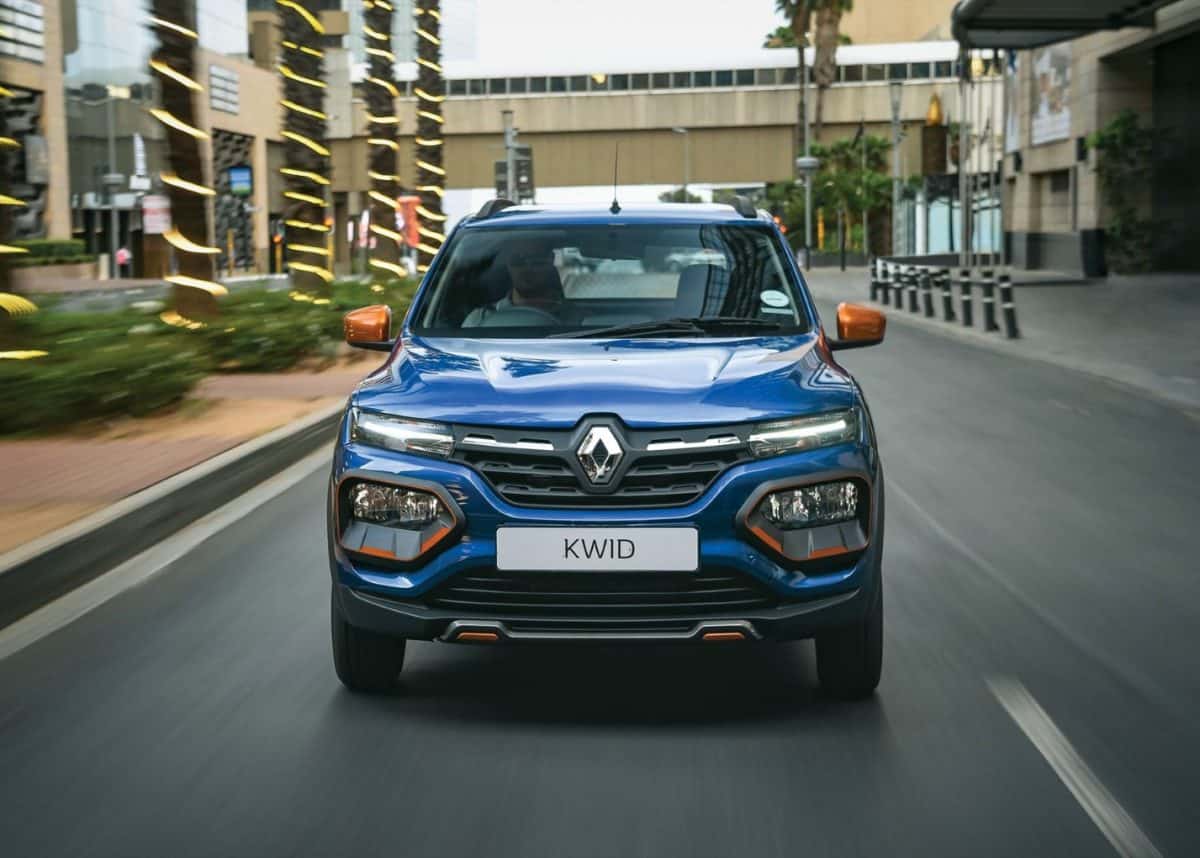 The short answer is yes — and no. I’ve spent two weeks driving around in recently updated versions of the Renault Kwid (Climber) and Datsun GO (CVT).

Let me start with the prices: R164 900 for the manual Renault Kwid Climber and R187 900 for the flagship Datsun GO. As a quick eschew of any bias, this is by no means a comparative review of these cars against each other. It is, instead, a review of two of South Africa’s cheapest wheels simply in response to my opportunity to drive them back to back.

The Kwid is certainly going to catch your attention. As part of a recent update to the range, the Kwid Climber is a stand-out from its siblings as it sports an array of attractive accoutrements highlighting its youthful, funky nature.

No matter the base colour, the Climber cuts a compact SUV outline with orange inserts on the front grille, the door mirrors and the faux roof rails. These work well with the sticker work, darkened alloys and daytime running light slits.

Inside the cabin there’s a consistency of youthfulness with that blazing orange carried over into almost every part of the cabin.

Nothing boring about Kwid

A multi-coloured infotainment system and digital dials leaves me in no uncertain terms that Renault has gone all out to ensure you won’t feel like this is a boring car. It really isn’t boring to look at and it isn’t boring to sit in. It isn’t boring to drive either – but not in the same way.

The Kwid is powered by a small 1.0-litre, three-cylinder engine that delivers 50kW at 5 500rpm and 91Nm of torque at 4 250rpm. That power comes right before the peak of the engine’s rev range, but it’s necessary to rev that high most of the time if you want to exploit some gap in traffic or accelerate fast enough on an open road.

Mated to a five-speed manual transmission (there is an option of a two-peddled version) helps because you can make those choices, but the entire experience is laboured and loud.

The labour courtesy of a hardworking engine and the noise courtesy of a total lack of sound-deadening materials. That also adds to a fuel economy that wasn’t anywhere close to Renault’s claimed figures of 4.7 litres/100km. I managed 6.7 litres/100km during my week with the car. On a 28-litre tank, that will have you visiting your filling station every 416km.

The cute Kwid weighs just 736kg and you can immediately tell. Give the Kwid a little shock test and that measly weight can be felt as the car bounces from side to side on a softer sprung set up for on-road comfort I suppose.

I can attest to the car being somewhat comfortable as far as uneven surfaces are concerned and even over some forgiving gravel roads, that’s if you can bear the noise of course. That set up, however, also gives way to a wallowy ride with mountains of body roll and a steering that is scarily vague.

The electrically assisted power steering does a very poor job of letting you know what the front wheels are doing. Particularly in the rain, there’s a lack of confidence in off-camber corners or any situation where a number of forces are acting on the car’s weight or balance, such as braking and cornering on a downhill, off-camber bend.

It hardly inspires confidence as far as actually driving it is concerned and that poses another question…but more on this later.

CVT transmission does the job for two-peddled GO

The revised GO is better and Datsun has answered the call of now offering the GO with a CVT transmission. Yes, that may seem like the worst idea given most CVTs are painfully noisy and don’t serve any better purpose than a good automatic apart from being lighter in some cases.

But this is what Datsun has made, and for the application of a two-peddled GO, it does the job.

And that job is to propel the GO with 57kW of power and 104Nm of torque to a top speed of 161km/h. That is of course, an irrelevant figure, but all in all it’s a package that is slightly more finished than its Kwid cousin.

It’s better built than before with more use of sound-deadening materials, a more mature cabin design and a few more safety features than before.

In this CVT guise, it suffers from a considerable lag in power delivery and no matter what you do, it’s not the kind of car with which you can quickly take a gap in traffic or make a zippy overtaking manoeuvre. The CVT has of course given consumers the choice and to drive in city traffic, it plays the role of small city car well enough.

It too, is specified with a decent infotainment system — Apple CarPlay/Android Auto and Bluetooth connectivity all included.

So what is the problem?

The big question: Do these cars now ‘cushion the blow’?

Back in 2013 and 2014, these cars scored miserably in crash tests around the world. In fact, they scored a big fat zero.

The reasons for this were obvious and damning to a pair of cars that had quite literally taken the market by storm. Fast-forward a few years and the manufacturers have tried to cushion the blow (intended) by fitting a few more safety features, such as airbags, ABS brakes and EBD.

Yes, you guessed it…some of these were lacking at the initial launch. It was clear that there wasn’t much to save you from getting into an accident, and then not much to save you if the accident did actually occur.

For these revised/updated cars, none of the actual body structures or base platform components have changed and this means that crash tests will continue to yield poor results.

As a motoring professional, my immediate thought is a simple “No”. Steer clear of these cars as best you can. However, these two cars (Datsun GO and Renault Kwid) make up 25% and 40% of their respective manufacturers’ total sales (in February 2020).

In February alone, more than 1 240 people chose to buy these cars and the reasons are not up for debate. They present an affordable and therefore lower barrier of entry into personal mobility. And that should then make us question how important personal mobility is to a consumer at the price of their very own safety.

The bigger question is to consider that smarts of a manufacturer identifying a need or a gap in the market, and then being able to fill that gap with a product – a product that outsells all the others and brings joy and pride to so many thousands of customers.

These two cars provide an option of motoring freedom. They provide a considered proportion of technology and connectedness in a world where that carries a lot of weight. They provide a means for singles and families to perhaps explore and grow beyond what they would have before and what value can we put on that?

The thing is though: South Africa ranks as one of the worst countries in road safety statistics. We don’t need a WHO report to know that we do indeed have a devastating record of road fatalities. Yes, these are caused by driver error, driver ignorance, bad policing, poor road conditions, and so forth.

And with the quagmire of trying to navigate safely on our roads, should we also be fanning the flame with cars that are not as safe as they could be? I think not.

Help support journalists, the guardians of independent journalism, through our student media initiative that gives a voice to students and their generation! Find out more…Tags: affordabilitydatsunrenaultroad safetySouth Africa