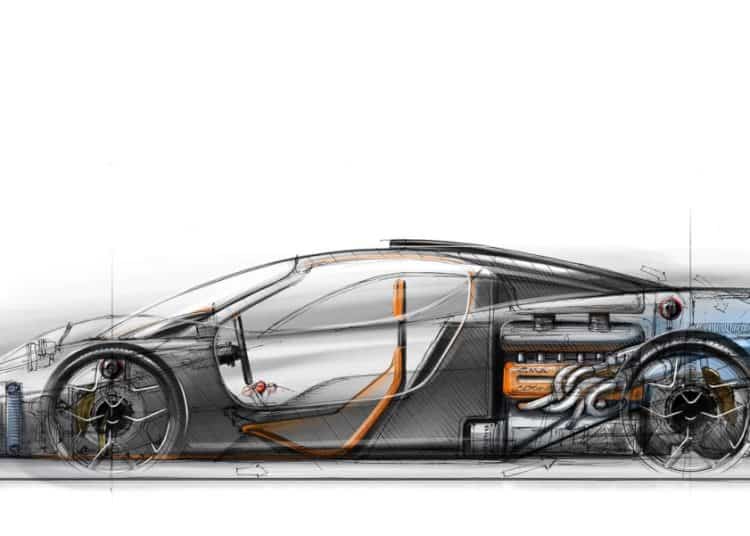 South Africa’s greatest car designer is planning a new supercar and Gordon Murray’s T50 looks like it will be amazing.

Born and educated in Durban, before embarking on a massively influential career in F1, winning world championships with McLaren, Murray is one of the most esteemed automotive designers alive.

His seminal work outside of motorsport was the McLaren F1 supercar, which is still regarded as the purist high-performance road car ever built.

Murray is keen on rekindling some of that McLaren F1 magic with his latest project, dubbed the T50. It follows the principles which have always guided his designs: light weight and dynamic responses from all mechanical components.

The T50 will feature a mid-engine configuration and radical aerodynamics. Its roof-scoop will feed air to a 3.9-litre naturally-aspirated V12 engine, built on commission by Cosworth.

Peak power is claimed to be 485kW but perhaps the most impressive attribute of this V12 is its ability to spin to 12 100rpm.

Murray has specified the T50 to be mostly constructed from carbon-fibre, which allows it to register a tremendously low kerb weight of only 980kg.

One of the most intriguing aerodynamic features is the T50’s underbody fan, which is 400mm in diameter and enabled this supercar to literally suck itself to the road. This is an innovation which Murray first piloted, with great success, on Niki Lauda’s 1978 Brabham BT46B F1 car.

Planned production for the Murray T50 will be very limited, with only 100 units, priced at R30m. Customer deliveries are expected to commence by 2022, with all the cars handbuilt in Surrey.