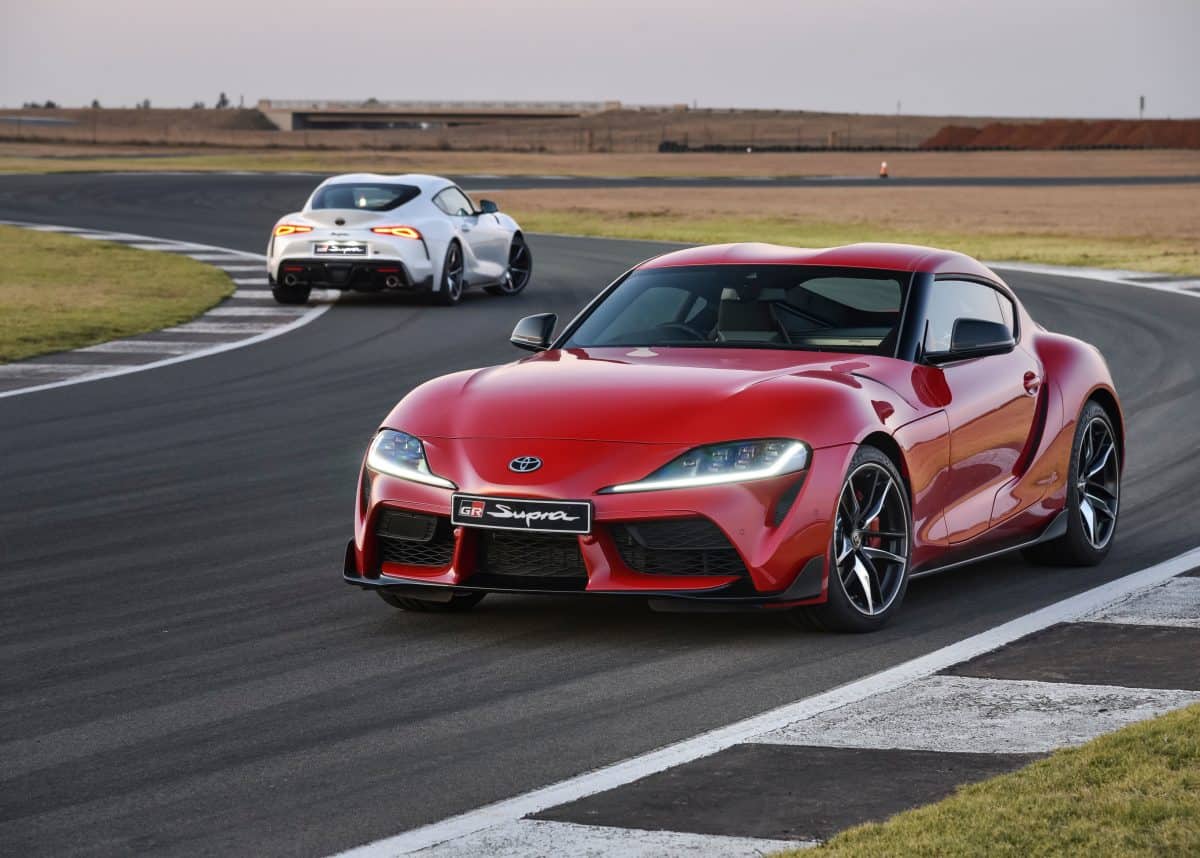 Toyota has launched its most expensive and fastest passenger car yet to the South African market, the new Supra.

Although a dominant force in the local motoring landscape, most of Toyota’s business momentum is driven by bakkies and SUVs.

But now the brand has a new product offering for its local customers who are driving enthusiasts. The car in question is its fifth-generation Toyota Supra, a rear-wheel-drive coupe with turbocharged performance.

Supra also marks an intriguing joint technical venture between Toyota and BMW, who developed the platform and engine for this car.

BMW’s Z4 and the Supra are twins, with the Toyota differentiated by its own suspension components and a fixed metal roof – instead of the German’s roadster folding fabric soft-top.

Toyota’s conservative South African brand image will be notably altered by the presence of Supra in the company’s local product portfolio.

For fans of the unique Japanese approach to sportscars, the wait for something of Supra’s calibre has been testing and long.

The car’s design is striking, with immense presence, and its performance is no less dramatic. Powered by a turbocharged 3-litre in-line six-cylinder engine, sourced from BMW, this is the fastest car Toyota has ever marketed in South Africa, capable of 0-100kph in 4.2 seconds.

Peak power boosts to 250kW, supported by 500Nm of torque. An eight-speed automatic transmission delivers these outputs to the rear-wheels and the mechanical balance and driver feedback is exceptional.

Toyota is positioning the Supra at a price point where its main rival will be Ford’s 5-litre V8 Mustang. The Japanese car should be markedly more agile to drive, due to its more favourable weight distribution.

The South African Supra range is four variants strong. Of these the Track version is most affordable, priced at R953 000. This Supra does without park distance control, powered seats, leather trim and adaptive cruise control.

It also no SatNav or heads-up display and a sound system with ten-speakers, which are two less than the more expensive Supras, and wireless charging is also absent.

Add all the content missing in the Track version and Supra breaks through the R1m ceiling. The more lavishly equipped Supras are only differentiated in price by colour options. If you want a red one, that will be R1 072 300, whilst metallic adds R10 000.

The matte grey car is Toyota’s most expensive Supra in South Africa, retailing for R1 092 300.