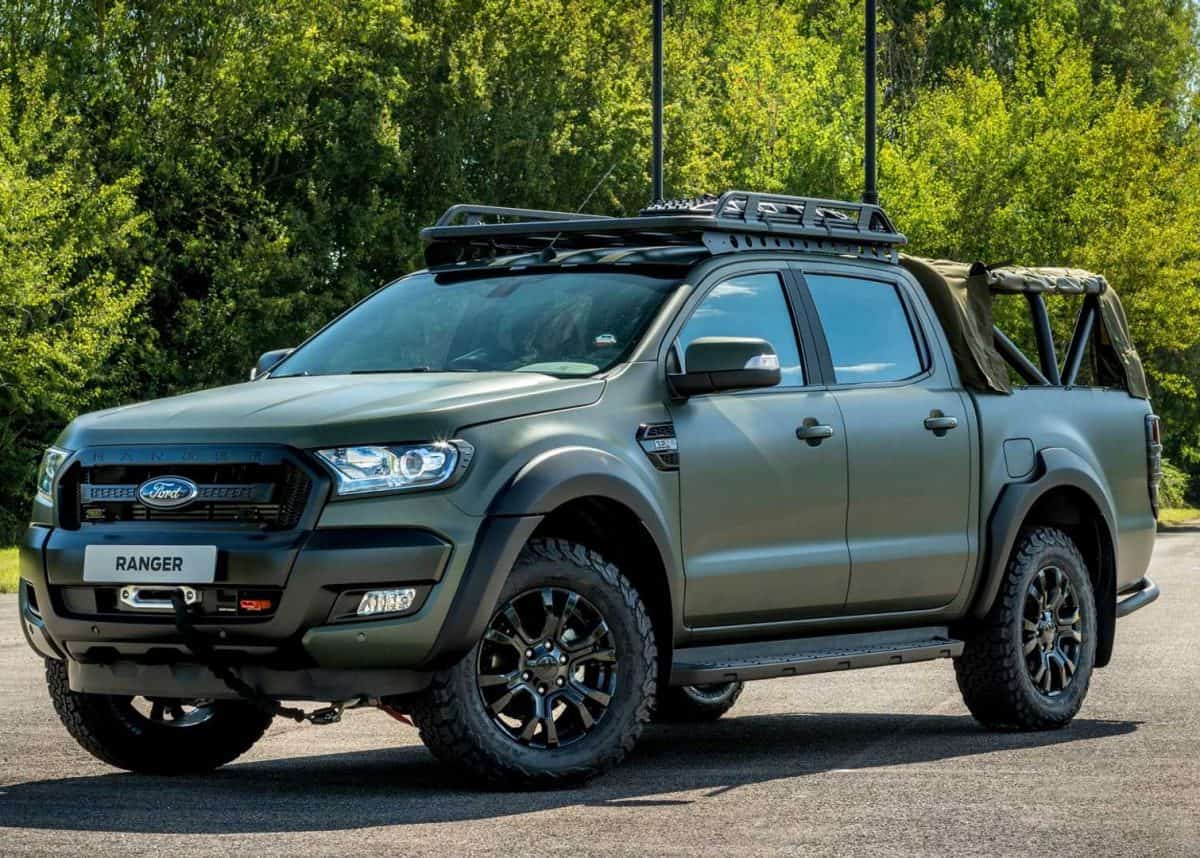 A Ranger which looks ready for duty image via Ricardo

The Ford Ranger is a popular bakkie and it could potentially become an excellent anti-poaching and rescue platform.

The engineering upgrades might appear tailored to a military specification but there are multiple uses for this Ricardo development of the Ranger platform.

Ricardo has a highly regarded reputation in the automotive industry as a technical partner for some of the most esteemed brands. It has developed engines for McLaren and gearboxes for Bugatti.

Any engineering company which is chosen to supply parts to two of the world’s most recognised supercar brands must possess a credible level of technical expertise. Ricardo has now transferred some of that knowledge to a vehicle configuration which is very familiar to South Africans: the double-cab bakkie.

The first thing you notice about this upgraded Ford Ranger is the matte olive colour. This paint finish has certain radar reflective properties, which assist in masking the bakkie’s presence in a mission environment.

Beyond the exterior colour you’ll also notice significant changes at both the front and rear, with larger bumpers and oversized recovery points. There is also an integrated recovery winch mounted at the front.

Atop the Ranger’s roof is a heavy-duty racking system and tall communications antennae, whilst the loadbox features a lot of advanced chromoly structure.

Ricardo wanted to build a roll cage that would protect occupants in the case of terrain possibly tipping the Ranger bakkie. To achieve this, they shaped a comprehensive loadbox fastened roll-hoop system, which also doubles as a mounting point for various weapons or sighting equipment.

Ranger with a clever loadbox

The loadbox floor has also been reconfigured with securing grooves to latch all manner of kit.

For long-range missions there is ample jerrycan and water carrying ability, and Ricardo’s engineers have been cognisant of weight distribution and packaging. The jerrycans are all mounted to the sides of the loadbox, to ensure they don’t impede floorspace.

Inside this military grade Ranger, you’ll find an improved electric architecture, running at 24-volts, and advanced communications systems. The floor is also blast proofed and all seats have four-point harnesses, to further protect passengers in the case of a detonation or rollover.

Mechanically the Ricardo Ranger is powered by Ford’s latest 2-litre bi-turbodiesel engine, which boosts 157kW and 500Nm. Drive is to all four wheels, via a ten-speed automatic transmission. Ricardo also offers a sturdier suspension package.

Although this Ford Ranger’s appearance might be decidedly tactical, it has purpose beyond conventional military strategy, such as anti-poaching operations. As a mountain rescue vehicle, it is ideally equipped too, especially with the rollover protection and improved communications ability.

In the South African context, the Ricardo package could be especially useful. Ranger is built locally and as a wildlife anti-poaching vehicle, it could be a very apt upgrade for the Kruger Park fleet.