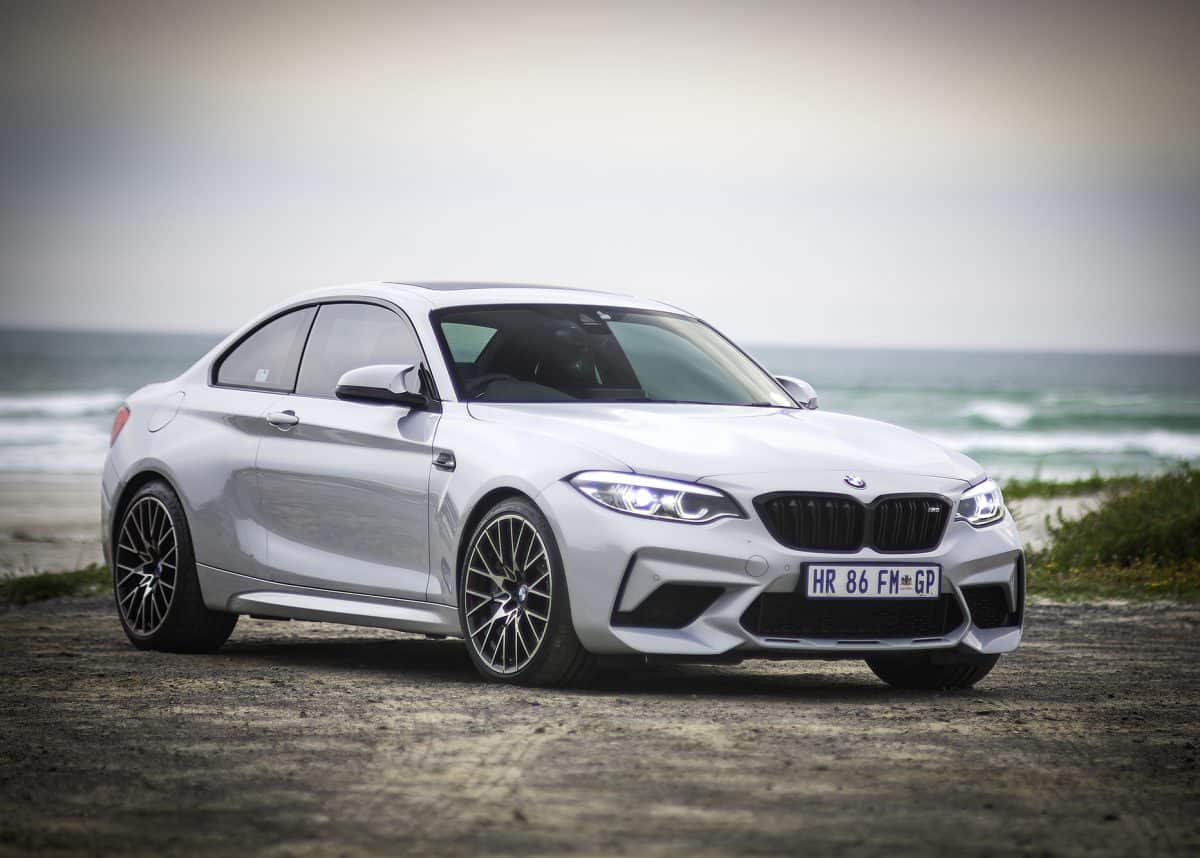 The 7 Series and M5 might get more general adulation but for committed BMW followers, the M2 Competition is a very special car.

It rekindles the spirit and driver appeal of a phenomenal compact performance car of the past: 1M.

Back in 2011 BMW launched the 1M without much fanfare. Brand followers thought it was simply a slightly modified 135i, but in truth, the 1M was a significantly enhanced 1 Series. This compact BMW coupe passed into legend and was followed by M2.

Fuelled by the power of M.
The all-new BMW M2 Competition.

Although the standard M2 is terrific, with 272kW of power, there are always those BMW customers who desire something more.

Answering that demand, is M2 Competition. Finished in its subtle Hockenheim silver, the Competition shares its taut three-door bodyshell with M2.

With a proportionally short wheelbase and wide track, the stance is purposeful. The Competition edition adds a larger kidney grille and reshaped front bumper. Around the rear, there are black chromed exhausts.

You’d assume that most of the Competition edition’s styling changes are merely to enhance appearance, but there is real mechanical justification for the way it looks.

An M2 with more boost

That remoulded front bumper allows better airflow and this limed edition M2 also gains a more sophisticated cooling system, borrowed from the BMW M4 Competition. With two side radiators and an engine oil cooler, it is a performance car that will run without issues, even on the warmest South African summer’s day.

Beyond the amplified design elements, the most significant change between a standard M2 and the Competition edition, is engine power.

BMW’s engineers have managed to net 30kW and 50Nm more from the 3-litre bi-turbo engine. With its in-line configuration, the M2 Competition’s six-cylinder engine is credibly smooth and delivers 302kW and 550Nm.

What makes this engine so amazing, and unlike most other turbocharged cars, is that it has a very high crankspeed ceiling. Once the engine oil has warmed, you’ll have a rev-limit of 7600rpm.

The M2 Competition is properly quick, capable of 0-100kph in 4.2 seconds and a top speed of 280kph. The steering wheel has two M-select buttons, which increase the seven-speed dual-clutch gearbox’s shift urgency and sharpens throttle response.

In its most potent M-select configuration, this M2 is too hyperactive to driver inputs for daily commuting. But if you do happen to find a choice section of road, devoid of traffic, it delivers a tremendously pure and rewarding experience.

A crucial element of the M2’s driver appeal is its compact size. This is a sportscar which never feels unwieldy. Throttle response is immediate and with brilliantly quick steering and crisp responses from the suspension at all four-wheel corners, the Competition edition is both a thrilling and confidence-inspiring drive.

Due to its size the M2 Competition edition is not purposed as a family car. The boot isn’t huge, at only 390-litres, but the cabin is comfortable. Those ergonomically shaped M-specification sports seats keep both driver and front passenger securely and comfortably in place, even when rounding high-speed corners.

There are some characterful design touches too, such as the red started button – which traces its heritage to BMW’s motorsport efforts.

The formula of adding a bigger engine to a small car isn’t a new one. But it is often fraught with compromise. BMW’s engineering focus has allowed the brand to transplant an M3/4 specification engine into the 2 Series coupe bodyshell, with predictably entertaining results.

If you are seeking the purist driver’s car in BMW’s portfolio, this M2 Competition is it. It prices at R1 015 500 and is destined for future classic status, as was the case with BMW’s 1M.

Help support journalists, the guardians of independent journalism, through our student media initiative that gives a voice to students and their generation! Find out more…Tags: BMWSouth Africa