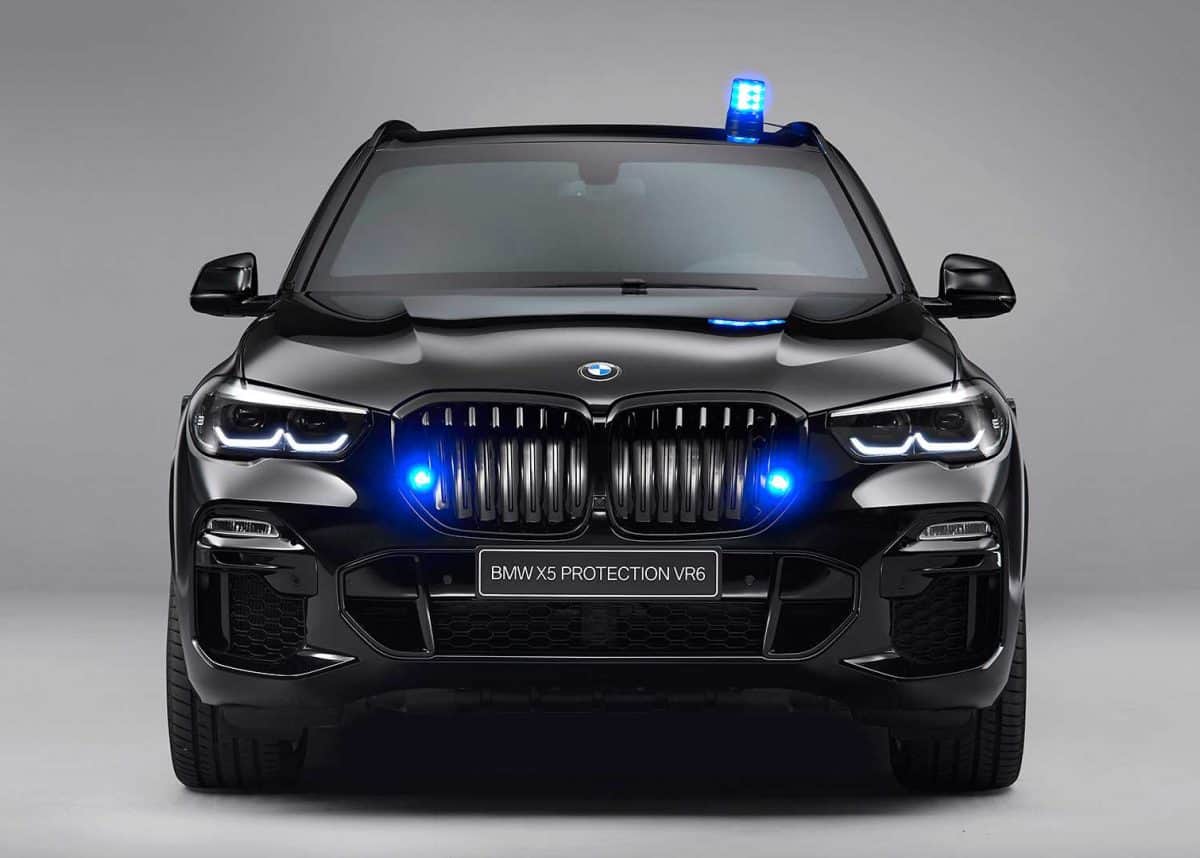 If you are a government VIP protection driver, BMW has a new X5 that is sure to pique your interest.

Built on the brand’s fourth-generation X5 platform, it is called the VR6 and opens another chapter in BMW’s long history of armoured passenger vehicles.

Built to withstand virtually any tactical assault, this X5 VR6 will make its public debut at the Frankfurt auto show in September.

If you are a committed automotive enthusiast, the name might appear curious, but no – this X5 does not have any relation to VW’s legendary VR6 engine. Its naming convention indicates the level of armoured protection, which is ‘VR6’ standard.

Although there is little in the VR6’s appearance which distinguishes from other X5s, it features a host of special features.

Safer than your house

Protecting its occupants are a combination of 33mm thick glass and armoured panels, most of which  are composite, instead of traditional steel.

BMW has embraced using composite materials on its latest armoured vehicle to reduce weight and retain as much of the X5’s vaunted driving dynamics as possible.

Armoured cars can be very heavy and ungainly, which does not make them ideal getaway vehicles. By using less steel, BMW’s engineers have preventing an enormous increase in mass for this bulletproof X5.

The luggage compartment is sealed and even if this X5 VR6 is immobilized, occupants remain safe. How? It features an aluminium underbody protection plate, which prevents damage if an assailant rolls a hand grenade underneath and all the panel gaps are reinforced with armour, to prevent weak spots.

How safe is it? BMW claims the X5 VR6 will withstand any AK-47 rifle and most hand grenade assaults.

Powering this anti-hijack X5 is BMW’s 4.4-litre twin-turbocharged V8 engine, which runs off unleaded petrol channelled from a self-sealing fuel tank. This  engine is good for 390kW and 750Nm, which means the VR6 will run a true 0-100kph time of 5.9 seconds and is geared for a top speed of 210kph.

Customers can choose to customise their armoured X5, with BMW remaining discreet about exactly how radically enhanced its safest SUV can become.

South African government VIP fleet buyers probably can’t wait to order a few of these when they become available later this year.