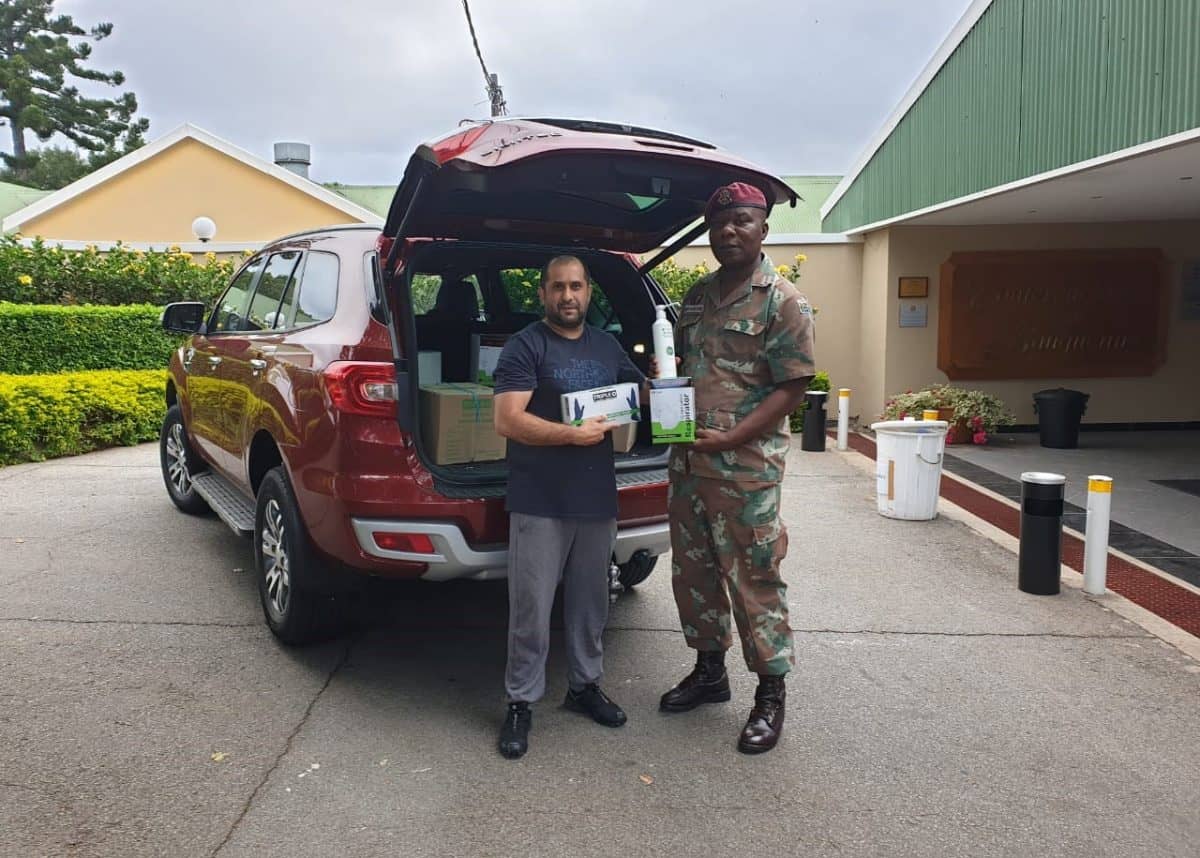 The South African Motor Industry has come to a grinding halt with factories, head offices and dealerships throughout the country closed as part of the nationwide lockdown. This hasn’t stopped the industry from coming to the rescue of several aid workers, NGOs and the medical industry to try and lend a hand.

Mobility for aid workers and NGOs

Jaguar Land Rover has given 11 vehicles to the South African Red Cross Society (SARCS) to assist the organisation in its efforts to minimise the spread of the virus. This is part of a global partnership between Jaguar Land Rover and SARCS.

Working mostly in vulnerable areas where mainstream media is less focused and available, SARCS is playing a key role in promoting and educating communities. The focus is on hygiene through sanitisation tips and techniques, hand washing, information dissemination, demystifying myths on the virus and distributing masks and gloves.

Another key area where mobilisation is needed is for the contact tracing teams tasked with the enormous role of identifying cases, testing and then tracing the other people with whom positive patients have been in contact.

Assisting those most in need

Ford South Africa has also engaged in supporting humanitarian efforts by providing a fleet of Ford Everests and Rangers to a few disaster management and volunteer organisations in KZN, the Eastern Cape, the Western Cape and Gauteng.

The Laudium Disaster Management organisation has given out hand sanitisers, soaps and food packs to other NGOs such as hospices and DeafSA. Ford has extended the use of Ford Everests in assisting these efforts.

The Gift of the Givers Foundation has also benefitted from the use of some Ford Everest and Ford Ranger vehicles. One of the largest disaster management agencies on the continent, Gift of the Givers has mobilised teams of doctors and nurses to provide medical assistance in communities around the country.

Neale Hill, MD of FMCSA has commended these organisations saying, “The people at the frontline of the containment efforts and those dealing with the sick are the true heroes of this unprecedented battle, and we commend every doctor, nurse, NGO, healthcare worker and volunteer involved in this process for their selfless commitment to ensuring the health and wellbeing of others.”

Some of the most needed devices in treating and overcoming the effects of this strand of the virus are ventilators.

As health systems become inundated with high-care patients requiring ventilators, the shortage of these has become a dire global problem.

Similar to how the F1 community has taken to converting their F1 engineering facilities to produce these, so too have vehicle OEMs taken to doing same.

It’s a mammoth task to change a production line from manufacturing car parts to manufacturing ventilator parts, but the Volkswagen Group is doing just that. Last week, SEAT started producing prototype ventilators made out of 80 different components including adapted car parts such as windscreen wiper motors and gearbox 3D printed gears.

Out of 13 different initial prototype designs, SEAT has settled on one specific design that is now being rolled out in consultation with healthcare authorities.

The ventilators are pending urgent medical approval so that mass production can commence. VWSA forms part of the National Government Task Force, and this initiative flows from the government-backed South Africa Emergency Ventilator Project. This is a movement led by businessman Justin Corbett who heads a team of businesspeople, engineers, and doctors to produce ventilators and respirators for the continent.

VW is also among a few car companies that are using 3D printing to produce face masks with visors for use in prevention measures for healthcare workers around the globe. Other such companies include VAG group brand Lamborghini.

During the economic downturn caused by the global pandemic, Toyota Financial Services has committed to offering financial assistance to customers. From 1 April – 30 June 2020, Toyota has implemented initiatives that include payment breaks or specialised arrangements for their business and private customers who have shown ‘sound banking practices’ previously. These measures are in line with the relief offered by banks and financing houses.

Wondering what to do with the kids? Ask Ford

Ford South Africa has thought about the many families who are bound to their homes during this lockdown. Ford has developed a content portal that assists parents in giving the kids something to do during this time. Named the Ford Family Fun Hub, it’s a portal of educational games, quizzes, colouring images, mazes and more.

It’s a free portal of information with easily printable pdf images that will keep the kids entertained for a time, all the while doing a smart and necessary brand exercise too. Visit the Ford Family Fun Hub here.

Help support journalists, the guardians of independent journalism, through our student media initiative that gives a voice to students and their generation! Find out more…Tags: virus