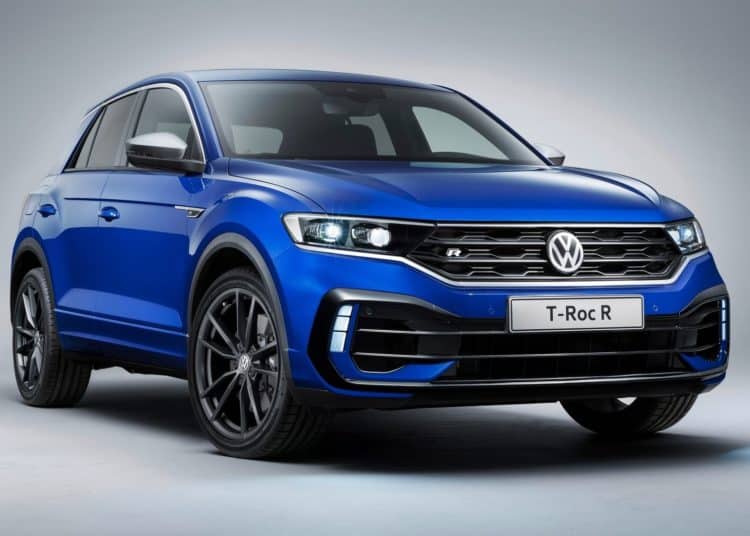 VW has revealed its first dedicated high-performance SUV, engineered and developed by the brand’s R division.

If you require the throttle response and driver engagement of a GolfR, but also yearn for the all-road journeying flexibility of a slightly higher-riding SUV, VW’s been incubating the perfect product solution for you.

It’s called the T-Roc R and powered by a high-output 2-litre turbocharged petrol engine, this is a very rapid R division gravel traveller. The T Roc R’s engine is good for 221kW of power and 400Nm of torque and it divides those outputs expertly between all four wheels.

The first pseudo sportscar SUV from VW promises inspired performance. Arm the seven-speed dual-clutch transmission’s launch option and T Roc R will run the benchmark 0-100kph sprint in 4.9 seconds. VW’s offering a custom Akrapovic quad exhaust too, for those who like an appropriate beat to accompany their need for speed.

Mitigating the T Roc’s higher SUV centre of gravity, VW’s engineers have recalibrated the steering to cope with slightly more roll than would be the case in a GolfR, which has similar acceleration and corner entry-speed potential.

Adorned with R-design styling upgrades, deep bucket seats and a flat bottom steering wheel inside, T Roc R certainly look the part. Standard fitment alloy wheels will be 18-inches in diameter, but there is a 19-inch option too and you won’t believe what name these wheels are listed under in the VW parts catalogue… T Roc R’s larger alloy wheels are called the ‘Pretoria’ option. For real. Either a case of Germany irony or something having gone missing in translation.

VW wishes not to risk the perception of T Roc R being merely a bloated SUV version of its revered hot hatchbacks. Former world rallycross world champion, Petter Solberg, was employed as a driving consultant during its development and hours of punishing test laps at the forbidding 20.8km Nordschleife loop, through the Eiffel forest, assisted engineers to perfect T Roc R’s balance.

The T Roc range has not been confirmed for local availability, but an R version of it would make perfect sense for South Africa’s blend of road conditions and customer demand for swift SUVs.