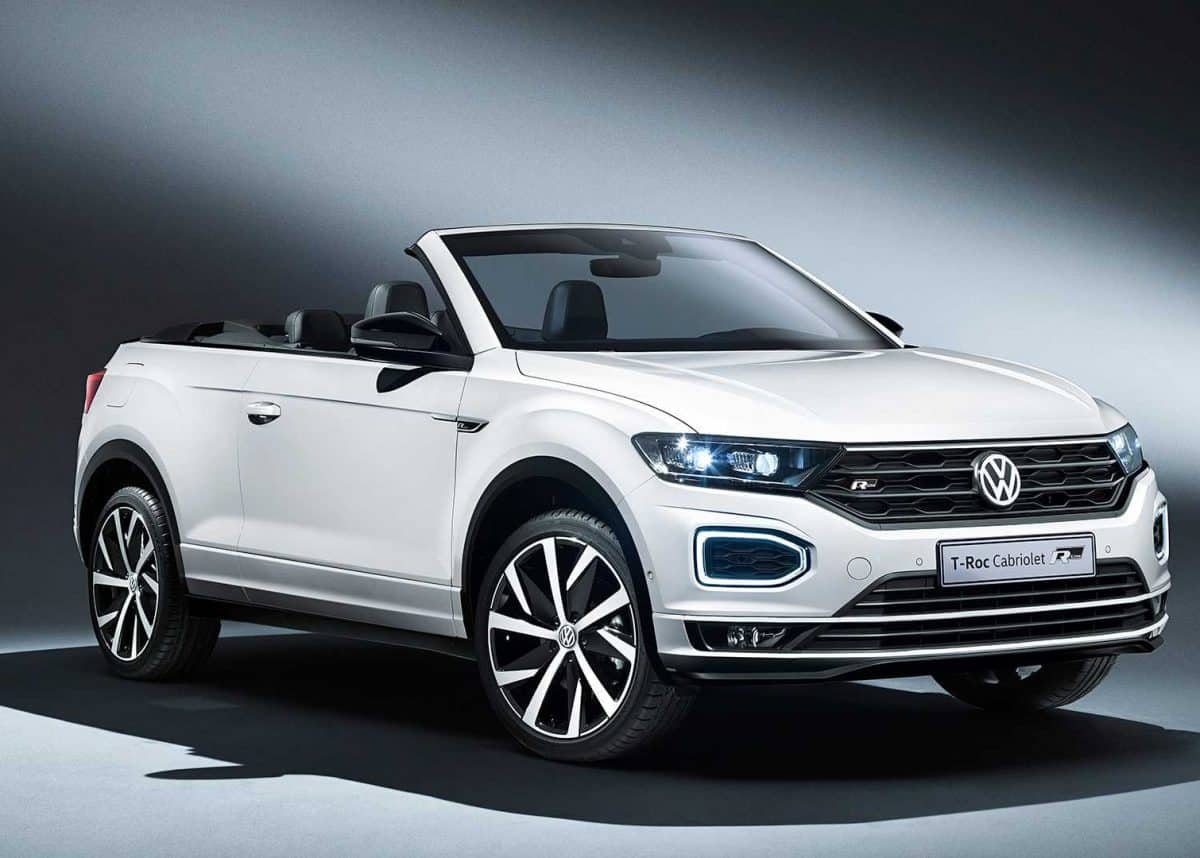 VW has done the unexpected and revealed a cabriolet version of its new compact crossover, the T-Roc.

In a strange instance of product planning, VW’s T-Roc cabriolet combines two automotive segments which appear at odds with each other: cabriolets and crossovers.

This new variant of T-Roc is slightly longer and has only two doors, instead of four.

Engineers have added 40mm to the vehicle’s overall length to accommodate its folding fabric roof system.

The market for gravel travel capable cabriolets is very niche, with the only rival to this new VW being Land Rovers Evoque convertible.

Unlike the standard T-Roc, which has a metal roof and traditional four-passenger door configuration, the cabriolet retains its four-seater layout, but access is via two large doors.

The overall design is a successful conversion of the T-Roc from compact crossover to cabriolet, sporting a clean look with the roof retracted.

VW claims that its roof mechanism will work at speed of up to 30kph and is capable of folding down and stowing the fabric top in only nine seconds.

Two styling grades will apply to VW’s new compact cabriolet. There will be a conventional version rolling 17-inch wheels and featuring non-body colour plastic cladding around the wheel arches and door sills.

For those requiring a touch more style, VW will offer an R-Line design package. His inches-up the wheel size to ‘19s and adds more colour coding to the exterior design.

Inside the cabin, customers can choose to have an exterior colour repeat on the dash centre console and door trim. There is also a 400-watt sound system available.

Mechanically the T-Roc cabriolet is similar to its fixed-roof sibling, with two engine choices powering the range. A 1-litre triple boost 85kW and 200Nm, whilst a 1.5-litre four-cylinder engine is more potent, producing 110kW and 250Nm.

Interestingly, there will be no all-wheel-drive version of the T-Roc cabriolet. Both engine options drive the front-wheels only, through a choice of six-speed manual or seven-speed dual-clutch transmissions.

VW has confirmed that T-Roc cabriolet will commence global deliveries by early next year, although there is no comment regarding the South African market – yet.