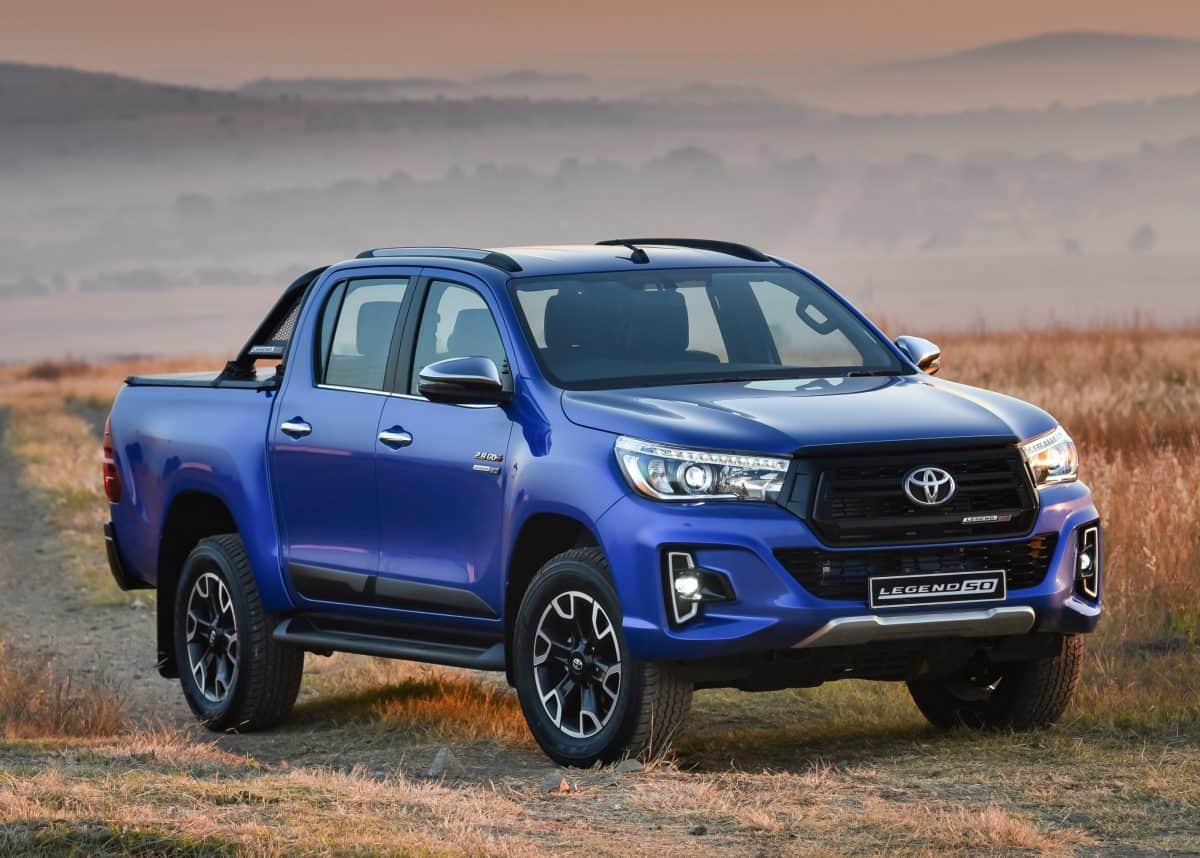 Toyota has reinforced the superiority of its dominant Hilux bakkie by introducing a raft of new Legend 50 derivatives.

For followers of the brand, the Legend billing will be familiar. It might sound awfully contrived and a touch too ambitious to market your bakkie with the ‘Legend’ epithet, but in the case of Hilux, it has been rightfully earned.

With Legend 50, Toyota is celebrating five decades of Hilux in South Africa – and for most of those, it has been the country’s best-selling bakkie. Since the early 2000s, it has also become South Africa’s most popular vehicle, overall.

Differentiating the Legend 50 from other eight-generation Hilux bakkies are a colour-coded grille model-specific badging. Factory fitted side steps and roll-hoops are added, whilst the Legend 50 bakkies also roll two-tone wheels, with a contrasting black/silver finish.

Inside you’ll find more logos affirming its status and an upgraded infotainment system. The screen size has increased to 8–inches and features SatNav, DVD playing capability and a reversing camera.

Toyota’s product planners, realising that Hilux is often used on gravel roads and in off-road terrain, have cleverly configured the enhanced infotainment system to offer a manual volume dial, instead of touchscreen-only control.

In terms of cab-styles and engines, the Legend 50 package is available in 13 derivatives, spread across single-, extra- and double-cab configurations. Both 4×2 and 4×4 drivetrains are also in the model mix.

The two engines powering Legend 50 are Toyota’s 4-litre V6 petrol, good for 174kW and 376Nm, or the boundlessly popular 2.8-litre turbodiesel, which boosts 130kW and 420Nm. If you choose to combine the diesel engine with an automatic transmission, that torque figure increases slightly, to 450Nm.

Positioning for these new Toyota Hilux celebration edition bakkies range from R472 000 to R712 100. Last month Toyota posted the best sales ever, for its Hilux in South Africa. With the addition of the Legend 50 derivatives, the gap between Toyota and its rivals is about to widen even more.