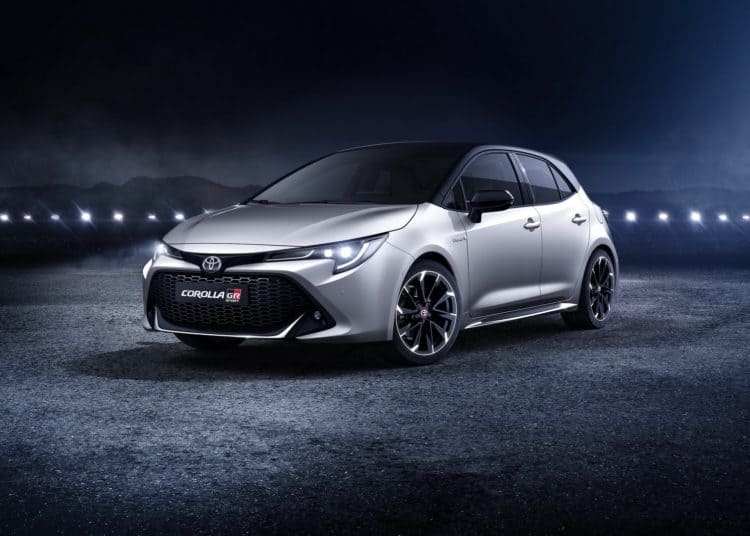 Toyota hot hatch fans who pine for brand’s erstwhile RSi/RXi badged offerings, might finally have option on a new go-faster Corolla in the near future.

Previewing Toyota’s Geneva auto show strategy, which happens in early March, the Japanese brand has revealed a Corolla GR Sport hatch in an online preview. The GR acronym is short for ‘Gazoo Racing’, which is the Toyota subsidiary responsible for the Japanese auto giant’s more spirited road cars and motorsport activities.

For South Africans the GR badge has particular relevance as local ingenuity  and technical expertise gifted Toyota’s go-faster division its greatest win earlier this year, at the Dakar rally raid, when a Joburg built Hilux V8 won the event.

The Corolla GR shows a willingness for Toyota to revert, in some form, back to its hot hatch roots. Distinguishing this Corolla from its less overtly styled siblings are GR specific 18-inch alloy wheels, Gazoo Racing exterior badges, a repatterned grille featuring darkened chrome framing and side skirts. Around the rear there is a subtle diffuser which underscores the rear bumper.

Cabin upgrades tally red contrasting stitching on the steering wheel, instrument panel and shifter. The only noticeable GR-specification differences inside.

Engines remain unchanged from what is found in the latest twelfth-generation Corolla, with the GR Sport package understood to be optional with either of Toyota’s 1.8- or 2-litre hybrid powertrains, producing 90- and 132kW respectively.

The dual-tone paint finish and promise of sportier handling might entice some, but industry expectation is that this Corolla GR Sport is merely a teaser of what is to come – in the guise of a high-performance GRMN hot hatch.

In principle Toyota fans are hoping for a larger version of the previous generation GRMN Yaris, of which only 400 were built – and each one individually coveted for its undiluted performance.