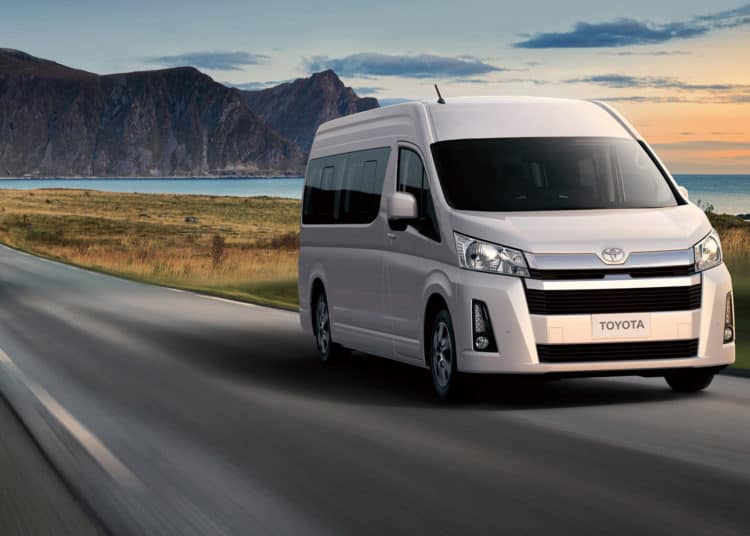 Although minibus taxis might test our patience at times, they are a vital part of the way most South Africans move about. The big news is that the sixth-generation of Toyota’s venerable HiAce has been revealed and it promises to deliver a vastly superior commuting experience, for the many South Africans who use privatised public transport each day.

The new HiAce is significantly longer than the current version, which sells in massive numbers locally – marketed under the Quantum badge. Most of the sixth-generation HiAce’s additional length (570mm), is credited to its longer wheelbase and redesigned profile, which now includes a bonnet.

Toyota wanted to create a minibus that was safer, better to drive and more aerodynamic. Changing the HiAce’s shape from a flat-nose minibus to one with a slight bonnet helps to achieve all these goals.

Inside, the HiAce will feature an all-new cabin with contemporary Toyota utility switchgear and instrumentation. It will also be configurable for a seating complement of between 12- and 15.

Another crucial element of evolution concerns the engine options available with new HiAce. It borrows the excellent Hilux sourced 2.8-itre turbodiesel engine, good for 130kW and 450Nm. Drive is to the rear wheels, via six-speed transmissions – either manual or automatic. In the case of the manual gearbox version, torque output from the engine is limited to 420Nm.

Toyota will also offer a 3.5-litre V6 petrol option, with a similar choice of gearboxes to the abovementioned diesel set-up. For those HiAce drivers who frequent hilly areas with junctions or traffic lights, the presence of hill-start assist will be a tremendous benefit in their daily driving experience.

Improved safety is an aspect which Toyota’s HiAce engineers have paid specific attention to. The new van features electronic stability control and with its longer wheelbase, should be notably more stable at speed than the Quantum it replaces.

Considering the boundless popularity of Quantum within the South African taxi industry, expect Toyota to keep building the current version for a good few years into the future – a logical conclusion, since production is localised, in Durban.

For those taxi operators who frequent the long-distance people transport routes, the new HiAce could make weekend and vacation journeys home a lot safer and more enjoyable for the many South Africans who rely on them.