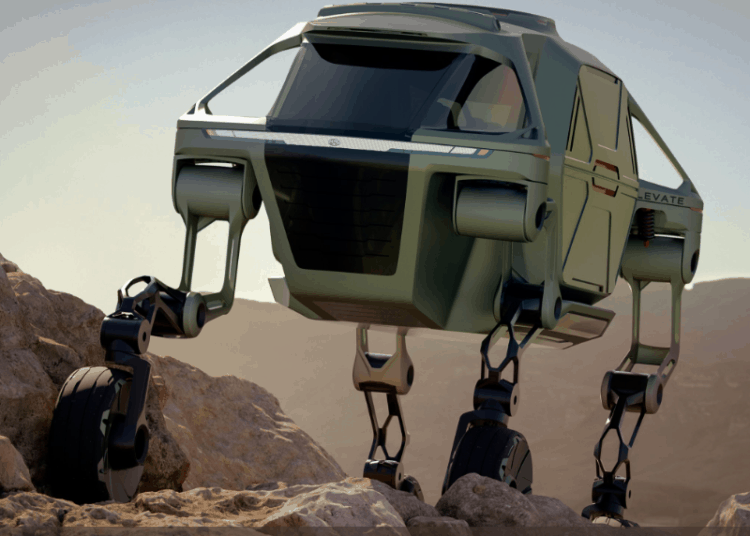 So you watched Star Wars, you saw the big walking vehicles (AT-AT walkers) and thought, “Now that’s a ridiculous science fiction idea only Hollywood could cook up.”

If this was you, then don’t bother sending your CV to the folks at Hyundai, because the latest concept vehicle they’ve shown off would not look out of place in a galaxy far, far away.

The Hyundai Elevate is a concept car that leverages Hyundai’s EV technology to build an all-terrain vehicle like nothing we’ve seen before. Four wheels rolling along come with inherent limitations, making many areas inaccessible.

The Elevate has been developed with emergency rescue and humanitarian missions in mind, with the ability to cross gaps and climb across uneven terrain. It’s perfect for situations where medical attention or evacuations are required and where the only option previously may have been using a helicopter.

The Elevate is also fully autonomous meaning it can be programmed to perform tasks or even called to assist people in wheelchairs to negotiate a flight of stairs. The Elevate operates perfectly normally as a standard EV, with the ‘legs’ folding away while in drive-mode.

When the time comes to leave the tar, the Elevate can deploy its four legs each, with five degrees of freedom, making mammalian and reptilian gaits possible making as it is able to move in any direction. The wheels are also able to roll when necessary.

According to Hyundai, the vehicle can climb a 1.5-metre wall, step over a 1.5m gap, walk over diverse terrain, and achieve a 4.6m wide track width, while keeping the occupants level.

“By combining the power of robotics with Hyundai’s latest EV technology, Elevate has the ability to take people where no car has been before, and redefine our perception of vehicular freedom,” said design manager David Byron.

As an added bonus the Elevate is built on a modular EV platform meaning that different bodies can be used on the platform without affecting the vehicle’s ability to traverse tough terrain.

Help support journalists, the guardians of independent journalism, through our student media initiative that gives a voice to students and their generation! Find out more…Tags: United Kingdom