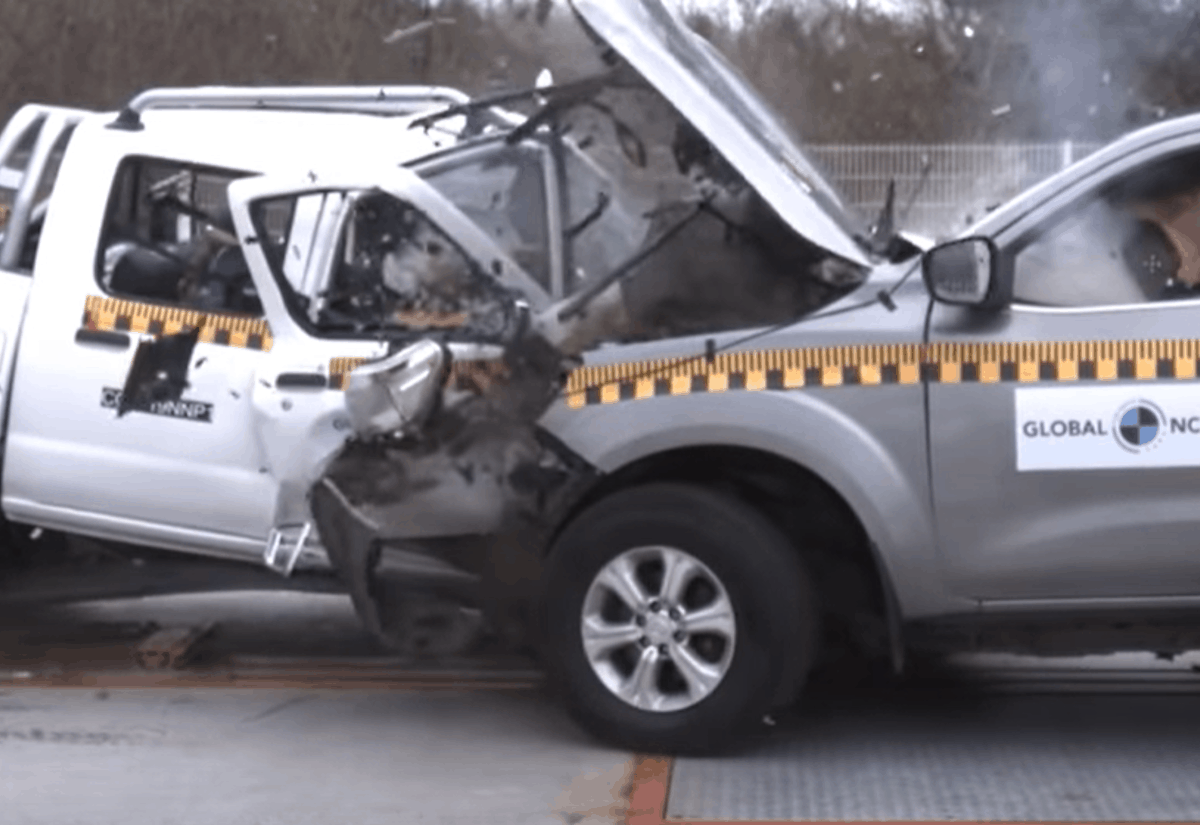 Yet another damning safety investigation has been carried out on the Nissan NP300 Hardbody. The vehicle, which is one of the most popular bakkies in South Africa, has failed more safety crash tests this week – two years after the model shot to instant infamy.

Extensive testing carried out by Global NCAP – the standard-bearers of automobile safety – discovered that the Hardbody was nothing more than a convoluted death trap in 2018, leading to the international firm’s decision to give the vehicle an astonishingly-bad “zero-star” rating. When they carried out similar investigations this week, the bakkie justified its miserable safety reviews.

These findings don’t necessarily make the bakkie unroadworthy, but it certainly raises alarm bells all across the automotive industry. The Nissan NP300 Hardbody is described as “the unmistakable king of African pickups” by its own manufacturers, highlighting just how popular it is. But it pales in comparison to second-hand European models.

The crash test itself exhibited why analysts are encouraging South Africans to avoid certain makes of vehicles up for sale on these shores. The Hardbody was propelled head-on into the European-manufactured Nissan Navara. Both travelled at 56km/h before colliding head-on. You can probably guess which one crumpled:

The NCAP tests confirmed that the South African consumer is better off investing in a second-hand motor from abroad than they would be buying a new vehicle in this country. Experts who were part of the recent crash tests have poured scorn on the “double-standards of safety” between Africa and the rest of the world:

President of Global NCAP David Ward: “The double standard demonstrated by an auto manufacturer such as Nissan with the NP300 bakkie in Africa is utterly unacceptable.”

FIA Foundation Director Saul Billingsley: “Does Nissan believe an African life is worth less than a European life? How does the company explain the shocking safety gap between these two vehicles?“

AA CEO Willem Groenewald: “These results are extremely worrying and point to a major deficiency in the quality of vehicles and bakkies available in Africa.”

Groenewald continued to chastise the African market, saying that those who drive bakkies like the Nissan Hardbody are essentially gambling with their lives. The executive continued:

“This is a very dramatic car to car crash test which uniquely illustrates the double-standard in vehicle safety performance between models sold in Europe and those sold in Africa. The difference in crashworthiness is extraordinary: The new Nissan Hardbody performs so much worse than the second-hand Nissan Navara.”

“It’s at the extent where the driver in the new African Nissan would likely have died from their injuries but the driver from the second-hand European Nissan would have walked away. Second-hand imported cars from regions with tougher regulatory requirements for safety offer consumers much greater protection.”

Willem Groenewald Help support journalists, the guardians of independent journalism, through our student media initiative that gives a voice to students and their generation! Find out more…Tags: bakkiecrashroad safetySouth Africa