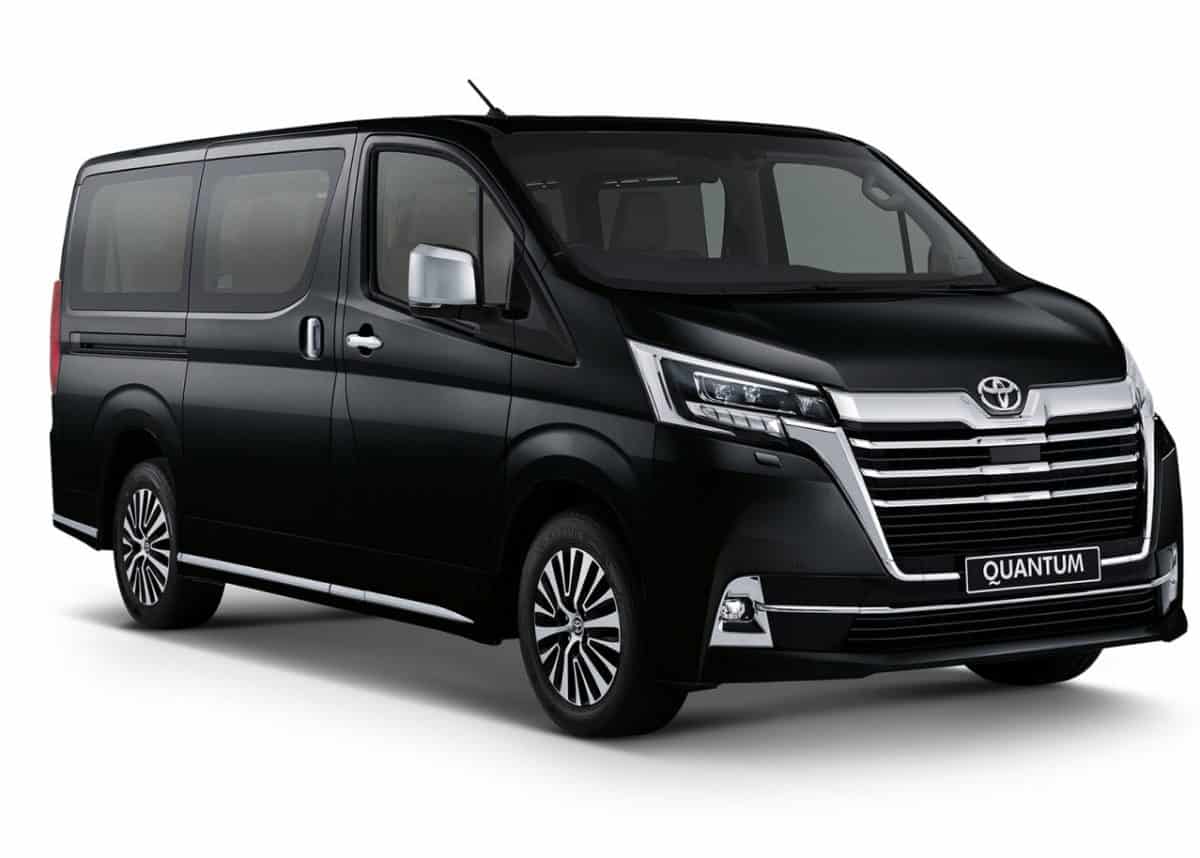 Unsatisfied with dominating the local bakkie, SUV and taxi market, Toyota now wishes to claim its share of the luxury shuttle segment with a VX van.

One of South Africa’s most important vehicles is the Quantum, which serves as the minibus of choice for local taxi operators. These vehicles effectively mobilise South Africa’s workforce each day.

Toyota introduced its new Quantum, with a vastly improved design and superior safety features, during the second quarter of 2019. Broadening the Quantum range is a new VX derivative, which becomes the most expensive van Toyota has yet offered on sale in South Africa.

Although the VX9 is mechanically like all other Quantums it features more dramatic styling and a notably luxurious interior. Exterior design details which distinguish the VX are its chrome grille, with additional chrome garnish applied to the front apron and tailgate.

A Quantum with business class comfort

With any van, cabin architecture and ergonomics are crucial. To make the Quantum VX most comfortable for its nine occupants, Toyota has independent climate control ports for different parts of the cabin.

Toyota offers a comprehensive safety package with its luxury Quantum. There are nine-airbags and rear cross-traffic alert, the latter being a great collision avoidance feature. Cross-traffic alert warns you of an approaching vehicle when you are reversing out of a parking bay In a long vehicle such as the Quantum, with its larger profile and blind spots, this is a great safety feature.

Recognising that its Quantum VX will be used to shuttle guests from airports to inner city hotel precincts, Toyota has also added day and night pedestrian protection – something which is a vital active safety feature in the local market.

Powering the Quantum VX is a 2.8-litre four-cylinder turbodiesel engine. This is a tremendously reliable design, which has been proven in the Hilux bakkie range.

With the luxury minibus application, Toyota has configured the 2.8 turbodiesel to boost 115kW and 420Nm. Claimed cruising diesel consumption is 8.7l/100km.

Unlike some of its rivals, the Quantum is rear-wheel drive, which gives it superior traction when fully loaded and having to negotiate a steep and winding guesthouse driveway or hotel parking area.

Although the minibus taxi industry is where Quantum established its reputation in South Africa, the new VX 9-seater derivative offers hotels and shuttle companies an opportunity to add some legendary Toyota reliability to their fleets.

Help support journalists, the guardians of independent journalism, through our student media initiative that gives a voice to students and their generation! Find out more…Tags: South AfricataxiToyota